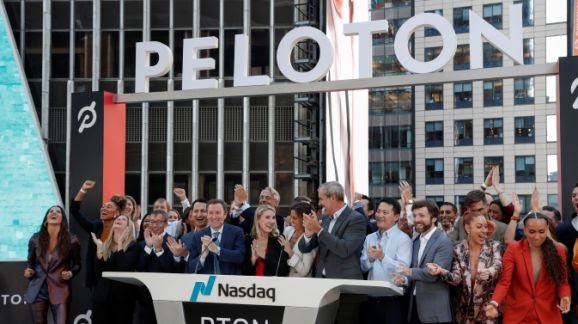 John Foley of Peloton rang the NASDAQ opening bell as Peloton goes public today (Nasdaq: PTON). What an amazing journey. I’m honored to have been part of the early ride.

Peloton raised $1.2 billion at a $9.5 billion market cap, becoming New York’s largest startup ever to go public. It is also the city’s only VC-backed company ever to raise $1 billion, and the largest VC-backed consumer IPO anywhere in at least 20 years.

My journey with the company started as an early pre-revenue investor at my previous firm, Maywic Select Investments. The company was having a hard time raising money, which is unfortunately not uncommon for consumer or hardware. In fact, John Foley pitched a thousand investors to raise the first $20MM for the company. In the first pitch meeting, John said that he was going to build a $10Bn brand — and he did. What vision.

The decision to invest was clear. Peloton hit all the major points on the scorecard. The team, led by John and co-founder Graham Stanton, was incredible: hardware expertise, channel expertise, media expertise, previous exits, and they had worked together before. The value proposition was huge: a way to experience a high-quality immersive group fitness class in the convenience of your own home at a fraction of the price. The dearth of capital at the early stages of consumer meant that market forces were in the investors’ favor and the terms of the deal were great. And after we invested, we were joined by wonderful co-investors, Tiger Global and True Ventures and then later L Catterton.

John Foley’s belief is that fitness is a basic human need — and that the magic of Peloton is the feeling of togetherness. This taps into Maslow’s other need: connection. That’s what makes the experience so special and sticky for its loyal community of members. The meaning of the Peloton brand is rooted in togetherness — as well as their brand statement — “Together, we go further.”

Peloton (noun): Riders in a group save energy by riding close (drafting or slipstreaming) to (particularly behind) other riders.

Today, the company has revenues of almost $1 Billion — and they’re just getting started.

And so are we. 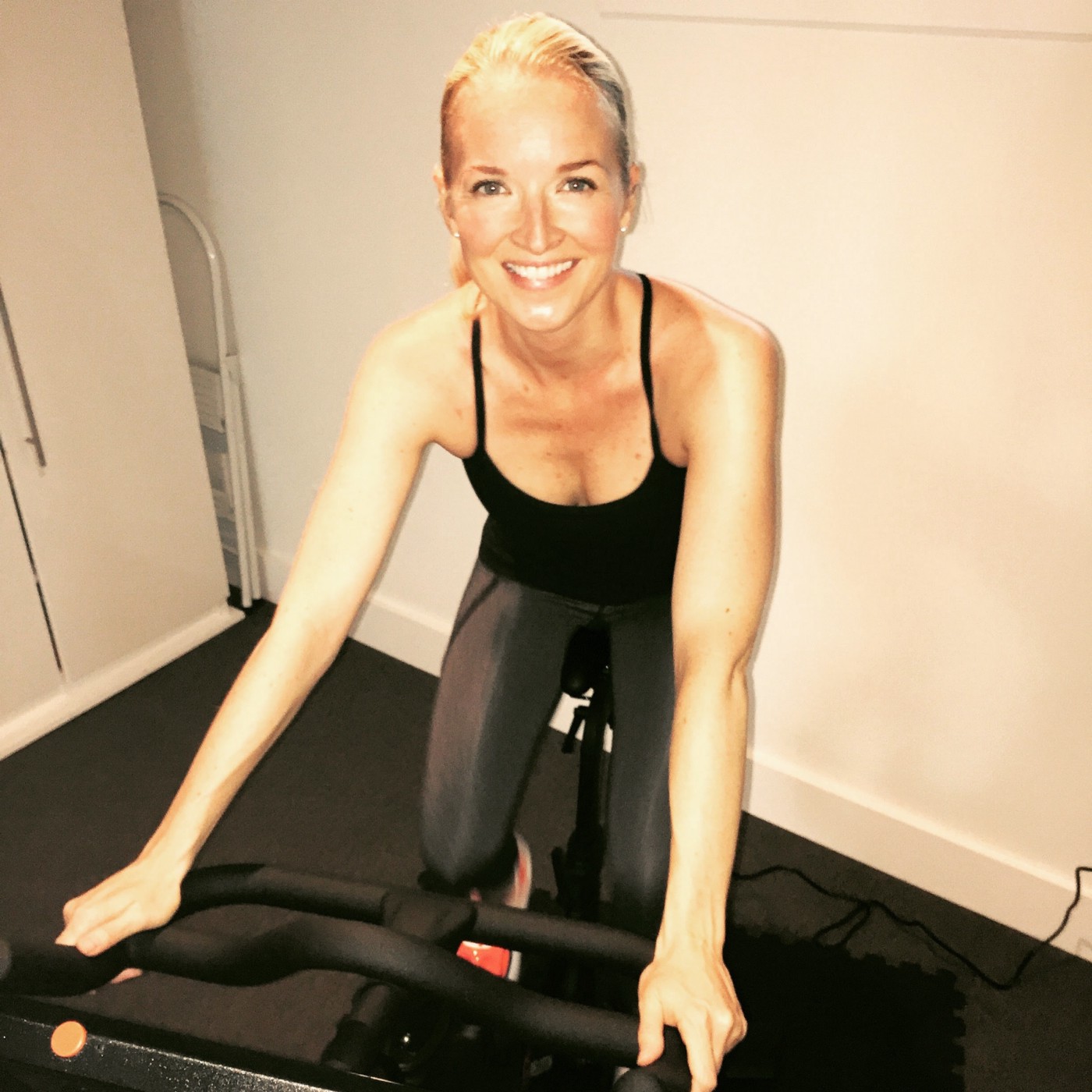 One of the reasons Peloton struggled to raise capital at the early stages is because relatively little venture capital is invested in consumer, despite the fact that consumer represents 20% of US GDP.

The eight early stage funds that exclusively focus on the consumer sector outperformed the US venture asset class by 7%.

While investing at the edge of the tech horizon can be seductive, the everyday essentials in the consumer sector represent big markets, high growth rates, and multiple pathways to liquidity. Brands like Peloton, Dollar Shave Club, Stitch Fix, Seventh Generation, and Casper are just a few examples of venture-backed consumer brands that are scaling like tech companies. (Sources: BLS, PitchBook data 2007–2017)

Private equity is a homogeneous industry where only 6%-10% of investment decision makers are female. At the same time, 85% of consumer purchases are made by women.

First-time funds may have an advantage over well-known firms. According to a new Preqin Report, which evaluated fund performance of early stage funds over a 15 year period, first-time funds outperformed their established peers by 12%, achieving a 25% median net internal rate of return (IRR) versus a 12% median net IRR for established funds. 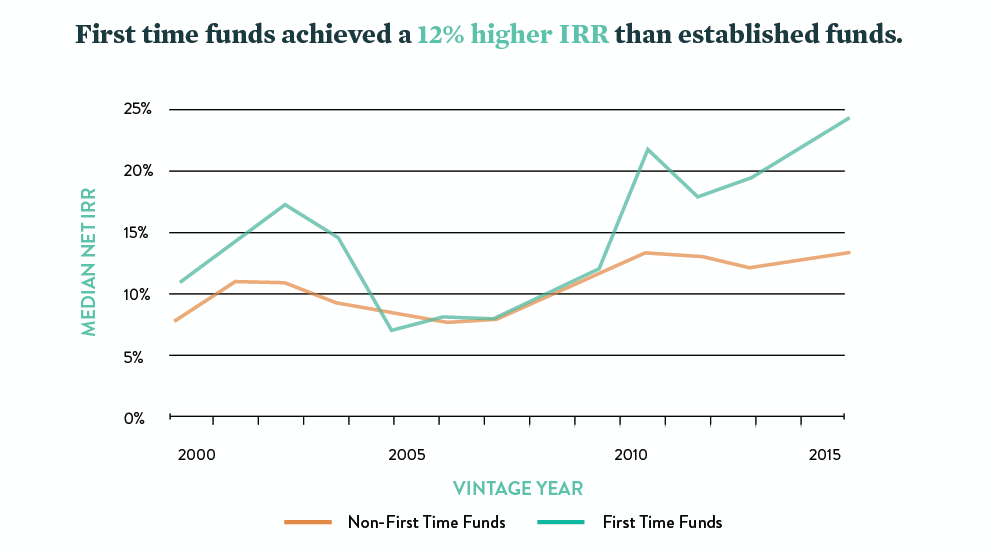 Intangible assets are the new hidden wealth: Brand equity is a critical value driver for emerging consumer companies. Today, 84% of the value of the S&P 500 is in intangible assets, up from 32% in 1985. We believe in accelerating brand equity to amplify investment returns.