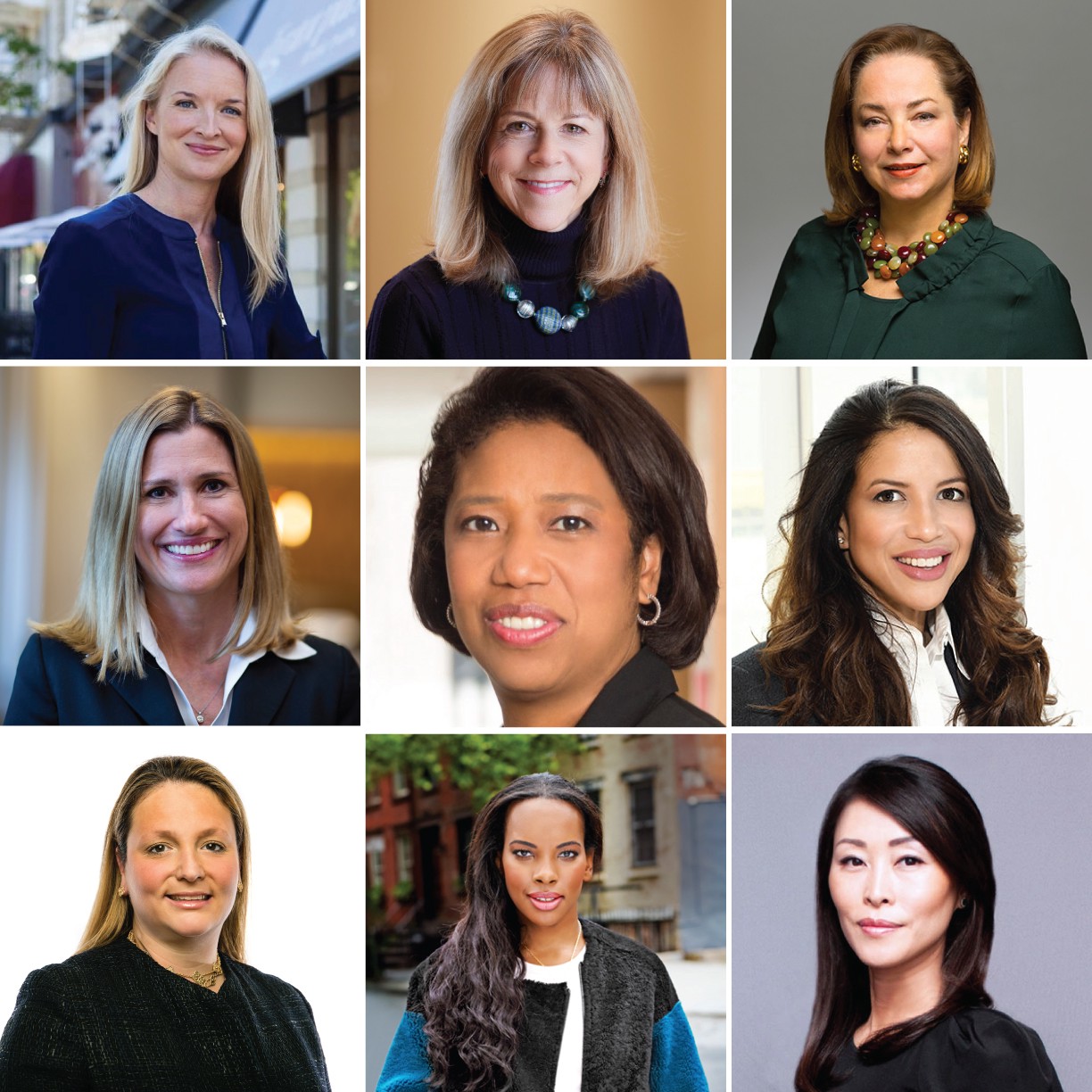 It’s Time to Ask: “What Percentage of My Portfolio is Managed by Women?”

New York, NY March 8th, 2020 — In managing their wealth, women are looking for investments that align with their values. However, many women are finding that they don’t have any female-led funds in their investment portfolios.

“I retired this year and asked my financial advisor how much of my portfolio was managed by women. His answer was zero. I felt a call to action,” said Kim Jordan, recently retired senior R&D executive at Procter & Gamble.

By simply asking the question, Kelly Williams and Kate Mitchell, co-CEOs of the Private Equity Women Investor Network (PEWIN), hope its newly announced initiative will highlight to allocators that investors care about gender parity — and that it will spur investment in female-led funds and have a trickle-down effect into venture capital and private equity, female founded companies, public boards and even politics.

According to Morningstar, nine out of ten fund managers are male. Private Equity Women Investor Network (PEWIN) is hoping to change that by launching a new campaign similar to the #IceBucketChallenge, #TimesUp and #MeToo.

The campaign is called #HerWorth.

The #HerWorth challenge is simple: Participants ask their financial advisor, “What percentage of my portfolio is managed by female fund managers?” — and post their results online with the hashtag #HerWorth. Then they challenge three others to do the same. 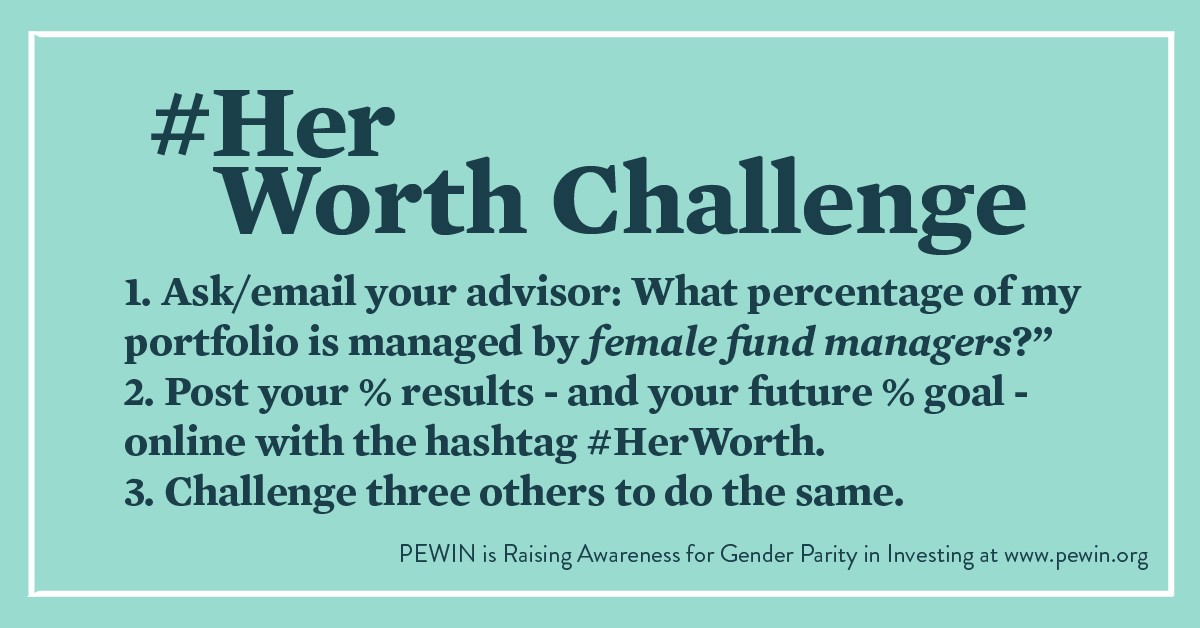 “The goal is to raise awareness among retirees and investors like Kim Jordan — and to highlight to large institutions that investors like Kim — their clients — care about this issue,” said Elizabeth Edwards, member of PEWIN and Managing Partner of H Venture Partners, a consumer venture fund.

Participants can point their financial advisor to female fund managers some of which are listed at 100 Women in Finance, PEWIN and All Raise among other sources or ask, “What female-led funds can I invest in, specifically funds like private equity, venture capital, real estate, hedge funds, and mutual funds?”

“Women will control two-thirds of the wealth over the next 10 years,” Williams said. “If we want to see gender parity in the investment community, as well as other parts of society, we have the opportunity to use our investment portfolios to demand the expansion of the market.”

According to joint research by Pitchbook and All Raise, 87% of venture dollars are controlled by men and only 14% of venture dollars were invested in female founders. These statistics have budged only slightly over the last 20 years, and groups like All Raise and VentureForward hope to change that.

“The data is clear that it is not just good but smart to build diverse investing and management teams”, says PEWIN Co-CEO, Kate Mitchell.

The #HerWorth challenge costs nothing and may even improve investment outcomes. The International Finance Corporation did a study of over 800 funds and found gender balanced private capital teams outperformed the 70% of firms with all-male leaders by 10–20%. A study by First Round Capital found that companies with a female founder performed 63% better than their investments with all-male founding teams.

Large investors globally are also focused on the diversity of fund managers. The Institutional Limited Partner Association (ILPA) has taken the step of adding diversity to its due diligence guidelines and sharing what it sees as best inclusion and diversity practices among fund managers.

The #HerWorth Campaign was announced today, International Women’s Day, during the #IWD2020 #EachforEqual campaign and will launch with global partner organizations on Aug.18, 2020, 100th anniversary of the ratification of the 19th Amendment, which finally guaranteed women’s right to vote in the United States.

“It took women 144 years from the Declaration of Independence to get the right to vote,” Edwards said. “It’s time they have the right to invest. It’s time to vote with our wallets.”

About PEWIN: PEWIN is the preeminent membership organization for senior women in private equity from endowments, foundations, pension plans, fund of funds, family offices, venture, buyout and mezzanine firms, consultants, and select advisory firms. PEWIN provides opportunities to network, share ideas and make deep connections between peers, and works to empower women to succeed at the highest levels in the private equity industry.